Study: Renters’ Rise Extends Beyond Cities to the Suburbs 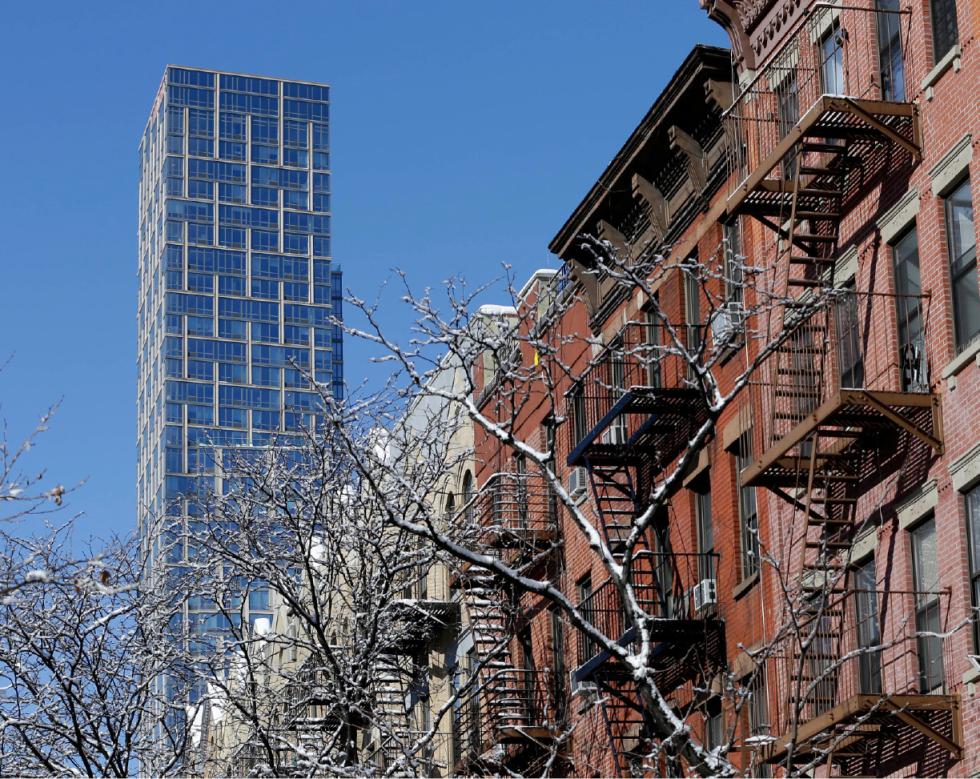 FILE- In this Feb. 13, 2015, file photo, a luxury rental building rises high above other residential buildings in the East Harlem section of New York. The number of renters grew faster on the outskirts of the nation's 11 most populous cities than within them between 2006 and 2014, New York University's Furman Center real estate think tank and bank Capital One found in a report released Tuesday. (AP Photo/Seth Wenig, File) 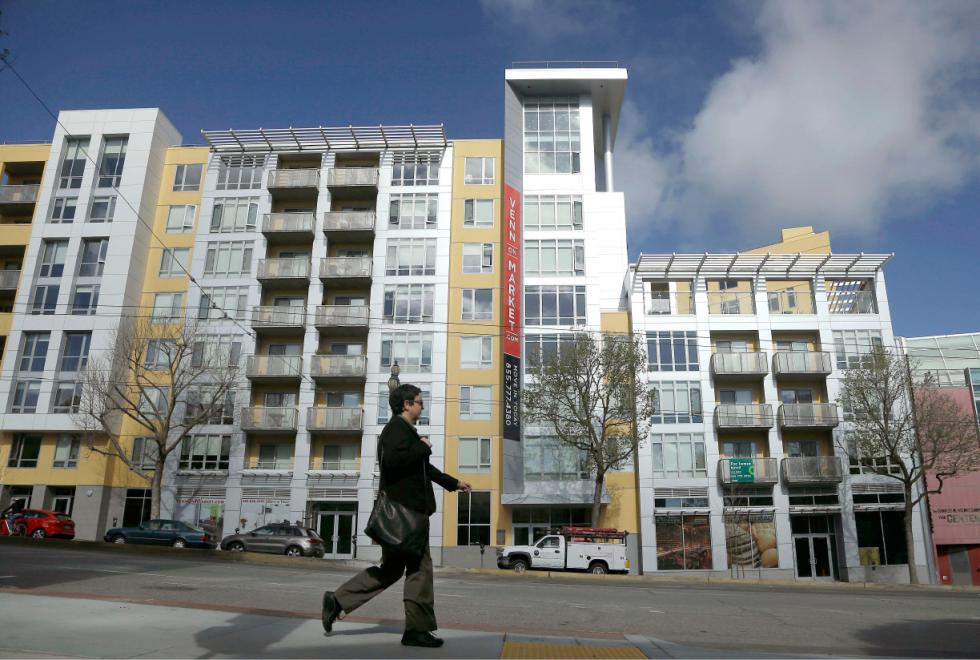 FILE - In this Monday, March 17, 2014, file photo, a woman walks across a street from the Venn on Market apartment and condominium building in San Francisco. The number of renters grew faster on the outskirts of the nation's 11 most populous cities than within them between 2006 and 2014, New York University's Furman Center real estate think tank and bank Capital One found in a report released Tuesday. (AP Photo/Jeff Chiu, File)

New York — In the American imagination, suburbs are places to buy a house and put down roots. But a growing percentage of suburbanites rent, according to a new study.

About 29 percent of metropolitan-area suburbanites were renters in 2014, up from 23 percent in 2006, according to a report released Tuesday by New York University’s Furman Center real estate think tank and the bank Capital One.

The finances of home ownership since the mortgage meltdown might be a lead reason for the change, but the cost of renting also is rising in most of the biggest metropolitan areas, the study found.

Adding to data showing a national rise in renters in the past decade, the report zooms in on the metropolitan areas encompassing the nation’s 11 most populous cities: Atlanta, Boston, Chicago, Dallas, Houston, Los Angeles, Miami, New York, Philadelphia, San Francisco and Washington. For a national benchmark, the researchers also looked at all metropolitan areas encompassing a city of at least 50,000 people.

“It’s the extensiveness of the affordability problem that is notable,” Laura Bailey, Capital One’s managing vice president of community development, told The Associated Press before the report’s release.

Still, the study shows some of the nation’s biggest rental markets have become more, not less, affordable to their typical tenants.

■ Renting is still more common in big cities than their suburbs. In Miami and New York, about two-thirds of residents rent. But the gap is narrowing.

In the Atlanta area, the increase in the suburban rental population from 2006 to 2014 was twice the size of the entire tenant population in the city itself.

■ Typical tenants could afford fewer than half the rental homes available in metro areas nationwide in 2014, under officials’ traditional definition of affordability: spending under 30 percent of income on rent and utilities. (Government-ese for people who spend more: “rent-burdened.”)

But the picture differs from city to city, depending on the interplay of median rents and incomes. The percentage of rent-burdened tenants actually declined moderately from 2006 to 2014 in Boston and Houston while staying flat in Chicago and San Francisco and rising elsewhere.

■ Where do renters have it the hardest? That depends how you measure it. The Washington and San Francisco metro areas had 2014 median rents topping $1,500 a month but also the highest median tenant incomes: $57,000 for San Francisco and $58,200 for Washington. That made them relatively affordable: Half of San Francisco-area tenants and 49 percent of Washington-area ones were rent-burdened. (The national metro-area average was 53 percent.)

Contrast that with about two-thirds of tenants in the Miami area, where the median renter made $34,300 a year while paying $1,150 a month.

■ Where do renters have it the easiest ? The Houston and Dallas areas boast the lowest big-metro median rents (around $950 in 2014). With median incomes around $38,000 a year, fewer than half of tenants are rent-burdened.

■ Why is this happening? Experts attribute the renter surge partly to the foreclosures, financial struggles, stagnant incomes and tighter credit that followed the mortgage meltdown.

Researchers also note the wave of young adults — often renters — in the large, so-called millennial generation, though the Harvard study in December noted a majority of U.S. renters now are 40 and older.