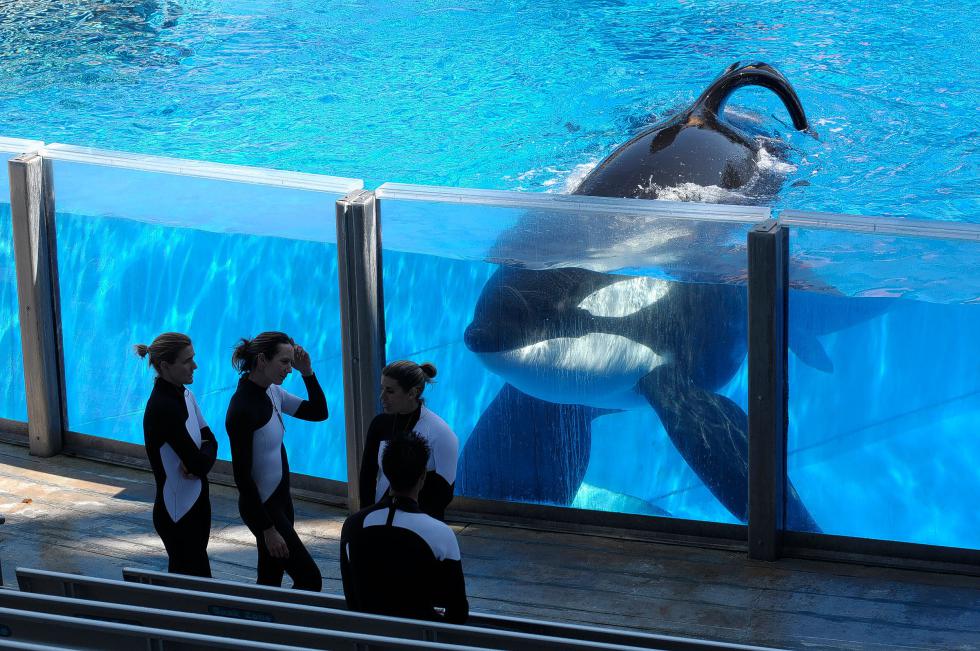 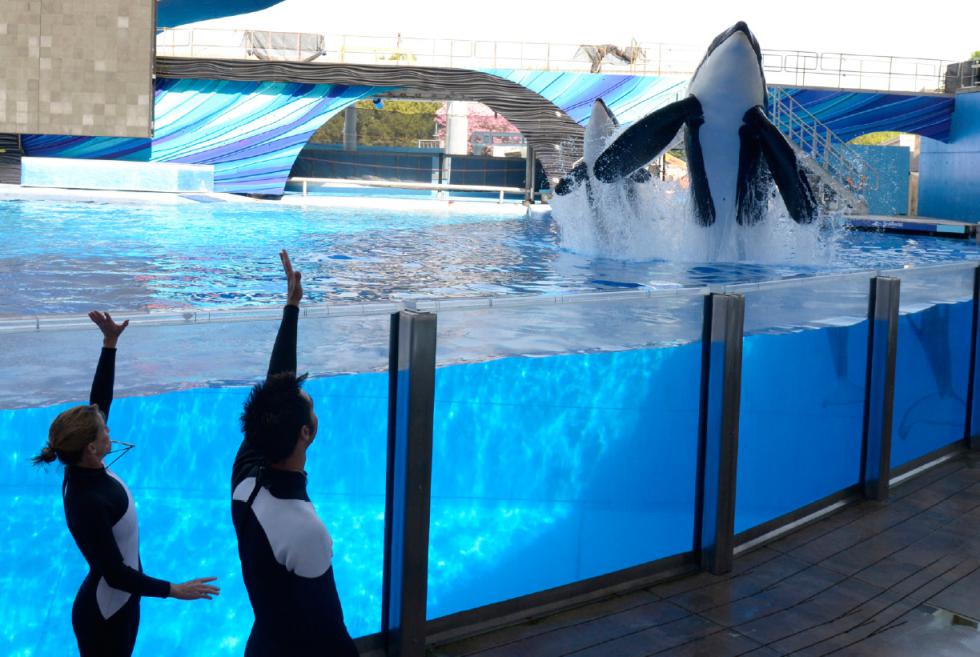 Orlando, Fla. — After years of pressure, SeaWorld made a surprise announcement on Thursday: It no longer breeds killer whales in captivity and will soon stop making them leap from their pools or splash audiences on command.

Surrendering finally to a profound shift in how people feel about using animals for entertainment, the SeaWorld theme parks have joined a growing list of industries dropping live animal tricks. Ringling Bros. and Barnum & Bailey Circus is retiring all of its touring elephants in May. Once-popular animal shows in Las Vegas have virtually disappeared.

“Society’s attitude toward these very, very large, majestic animals under human care has shifted for a variety of reasons, whether it’s a film, legislation, people’s comments on the Internet,” said SeaWorld Entertainment CEO Joel Manby. “It wasn’t worth fighting that. We needed to move where society was moving.”

SeaWorld’s 29 killer whales will remain in captivity, but in “new, inspiring natural orca encounters,” according to the company. SeaWorld’s orcas range in age from 1 to 51 years old, so some could remain on display for decades.

Attendance at SeaWorld’s parks declined after the 2013 release of Blackfish, a highly critical documentary. Some top musical acts dropped out of SeaWorld-sponsored concerts at the urging of animal rights activists, who kept up a visible presence demonstrating outside the parks’ gates.

Still, the decision shocked advocates who have spent decades campaigning against keeping marine mammals captive, and it represents a sharp U-turn from SeaWorld’s previous reaction to the documentary.

In August 2014, SeaWorld announced major new investments in the orca program, including new, larger tanks, first in San Diego and then at its parks in Orlando and San Antonio, Texas.

But the California Coastal Commision didn’t approve the $100 million expansion until last October, and when it did, it banned orca breeding as part of the decision. SeaWorld sued, arguing that the commission overstepped its authority, but said it would end its San Diego orca shows by 2017.

Meanwhile, SeaWorld brought in a new leader with more experience in regional theme parks than zoos and aquariums, which have been fending off such protests for decades. Manby was hired as SeaWorld CEO last March 19 after running Dollywood and other musically-themed parks. He said Thursday that he brought a “fresh perspective” to the killer whale quandary, and soon realized that “society is shifting here.”

Orcas have been a centerpiece of the SeaWorld parks since shows at the Shamu stadium in San Diego became the main draw in the 1970s. But criticism has steadily increased in the decades since and then became sharper after an orca named Tilikum battered and drowned trainer Dawn Brancheau after a “Dine with Shamu” show in Orlando in 2010.

Her death was highlighted in Blackfish, and it wasn’t the first for Tilikum. The whale also killed an animal trainer and a trespasser in the 1990s.

Blackfish director Gabriela Cowperthwaite said she applauds SeaWorld’s decision, “but mostly I applaud the public for recalibrating how they feel ethically about orcas in captivity.”

The new orca shows will begin next year at the San Diego park, before expanding to its San Antonio park and then to Orlando in 2019, Manby said.

What about shows involving dolphins and other marine mammals?

“Stay tuned on that,” Manby said. “A lot of people don’t understand how hard it is internally to make these kinds of decisions. We need to execute this well. We need to make sure we have the organization in the same direction. Then we will apply those learnings elsewhere.”

SeaWorld has not only discontinued breeding orcas through artificial insemination; it also feeds the whales birth control medication, Manby said.

One of SeaWorld’s most prolific breeders has been Tilikum. The 35-year-old whale has sired 14 calves during his 23 years in Orlando, but he’s now gravely ill and not expected to live much longer.

In 2012, SeaWorld sent workers to infiltrate the animal rights group People for the Ethical Treatment of Animals, which has been particularly critical. Manby confirmed the effort last month. He said the undercover workers were sent to protect the safety of SeaWorld employees and customers, but he vowed to end the practice.

Now, SeaWorld hopes to turn a less strident foe, the Humane Society, into a collaborator, helping to educate guests about animal welfare and conservation through interpretive programs and expanded advocacy for wild whales, seals and other marine creatures.

Humane Society CEO Wayne Pacelle, who called SeaWorld’s about-face a “monumental announcement,” said his organization is by no means naive about SeaWorld, but sees a chance to make progress for animal rights.

“We didn’t want to be endlessly mired in conflict,” Pacelle said.

PETA wasn’t satisfied, insisting Thursday that SeaWorld should give up its orcas altogether.

“SeaWorld must open its tanks to the oceans to allow the orcas it now holds captive to have some semblance of a life outside these prison tanks,” PETA spokeswoman Colleen O’Brien said in a statement.

Manby countered that no captive dolphin or orca has been successfully released into the wild.

SeaWorld is abandoning plans to expand its orca tanks now that the breeding program has ended, the company said. A spokeswoman for the California Coastal Commission praised this, and suggested that SeaWorld drop its lawsuit as well.

Manby said SeaWorld’s three marine parks may move closer to the balance of rides, shows and animals found at the company’s Busch Gardens parks. They need a mixture of experiences to keep a family at the park all day, he said.

“I do think you have to have more rides,” Manby said. “Some of these messages about animal welfare … You can’t hit them with that all day because sometimes it’s a heavy message. You have to balance it.”