Putting the Ease in Easements 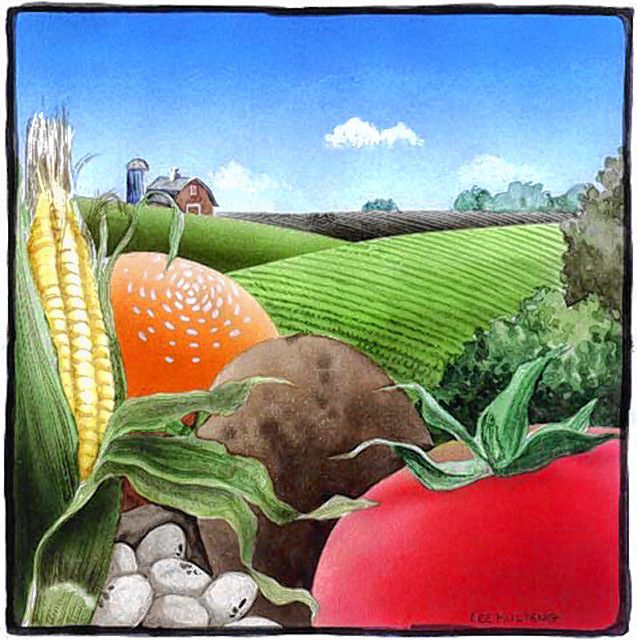 Sales of locally grown food are growing, up 15 percent in Vermont between 2007 and 2012, yet the number of farms and farmers is up just 5 percent over the same period. With demand outstripping supply, why aren’t more people getting into the business?

Farming is unusual in that its principal asset is not priced based on its value to that business. Farmland that is flat, open, well drained and has good soil and easy road access is far more valuable in the Upper Valley to a commercial developer or future homeowner than to a farmer.

Agriculture isn’t the only business in such a position — I’m sure our local jewelers go crazy whenever currency traders drive the price of gold through the roof — but the spread for farmland is particularly high.

A farmer might offer $5,000 for a few prime acres that a real estate agent could sell at 10 times the price.

An efficient market suggests that whoever can pay the most for an asset should be the one best suited to utilize it, and if farming no longer can compete for prime acreage in the Upper Valley, then perhaps it should relocate.

But farming is atypical in another way: Farmland provides benefits to the community that are external to the price placed on the land itself.

Open land supports the wildlife habitat, recreational opportunities and simple beauty that contributes to the quality of life here in the Upper Valley. Yet these benefits aren’t priced into real estate calculations.

That brings up taxes, another significant barrier to entry for new farmers.

Farmland is assessed an annual tax of 2 to 3 percent on its value. Every business with a physical location has to pay property taxes, of course, but for many, it’s an incidental expense levied on a small amount of physical space. For farmers, it can be a major expense –– the equivalent of something like a small software company being assessed an annual tax on the value of all its computers and servers or a retail store being taxed every year on the value of its inventory. Ironically, open land tends to reduce the pressure on a town’s property taxes because it requires fewer town services (police, fire, roads, school buses) than developed land

Legislatures in New Hampshire and Vermont long ago recognized that property taxes suppress farming and that open land provides external benefits. As a result, both states have created a separate property tax category for open land known as “current use.”

The idea is that farm and forestland is taxed not for its potential future use –– as house lots, perhaps –– but rather for the income it can generate from its current use, be it growing food or trees. These programs have been around for close to four decades now and have greatly reduced the need for farmers to sell off a few acres to pay the taxes on the rest.

In Vermont, more than a third of all land now is enrolled in current use.

For an entrepreneur looking to get into farming, however, current use programs can be cold comfort because they require large minimum acreages — 10 acres in New Hampshire and 25 acres in Vermont — in order for a property to be enrolled.

A fruit and vegetable farm with direct-to-consumer sales in the Upper Valley might require as few as 2 to 3 acres to be profitable, yet fields that small aren’t eligible for current use. Small farms –– in other words, the ones most likely run by new people getting into the business –– are blocked from taking advantage of this benefit. (New Hampshire’s program does allow smaller acreages to be enrolled once they meet certain income-producing thresholds, however.)

U.S. Department of Agriculture data show that nearly all of the new farms in the Upper Valley over the past decade are on small acreage, produce small amounts of revenue, and are not the primary source of income for their farmers.

They are incubators of sorts, where someone tries his or her hand at a few vegetables or animals, often on borrowed land, or on a few acres of flat land that either came with their house or with a house next door.

The land wasn’t purchased for farming and the taxes aren’t being paid by farming, easing the barrier to entry.

Taking the next step — transitioning from a part-time operation to a full-time, freestanding business that owns its own land — is far more difficult.

Examples of this have been rare in the Upper Valley in recent years as land has become ever more expensive.

Most of the larger, high-profile farms in the valley are stationed on land that have been in farming for decades or even centuries and were established back when most Upper Valley acres were priced for farming, not development.

One possible future exists in southern New England, where land prices have been far higher for far longer.

Farming isn’t extinct in the suburban south, but it now is largely confined to lands that have been removed from the normal real estate market through ownership by a town, a land trust, a nonprofit organization, or the farmers themselves, subject to a permanent conservation easement that protects the land for agriculture.

Several farms in the Upper Valley have taken this route in recent years, including Deep Meadow in Ascutney, Sweetland in Norwich, and Root 5 Farm in Fairlee.

These transactions are complicated and require both a willing seller and enough time to raise the necessary funds, but they are effective.

Short of a dramatic increase in the price of food (and subsequent income earned by farmers), or a major rethinking of how property taxes are levied and how land is zoned, conservation easements show the most promise for helping would-be farmers gain access to good land to meet the growing demand for local food.

Chuck Wooster farms and writes at Sunrise Farm, an all-CSA farm in Hartford. He is the author of Living with Sheep and Living with Pigs, and edited The Outside Story, available from Northern Woodlands Magazine. He is a regular columnist and contributor to Northern Woodlands Magazine and the Valley News. He can be reached at chuck@sunrisefarmvt.com.