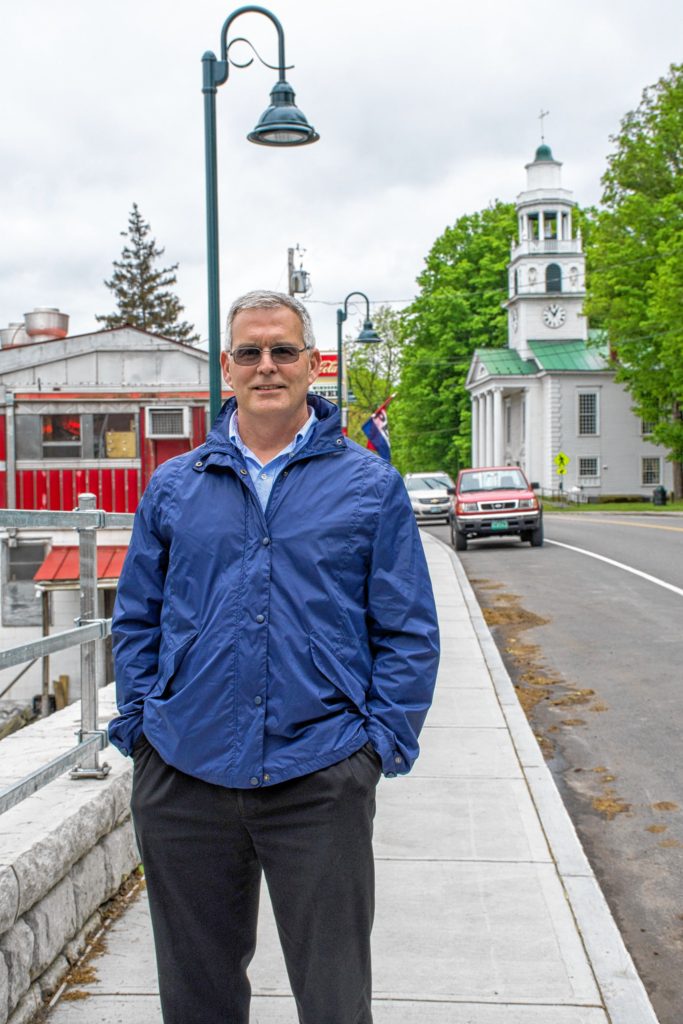 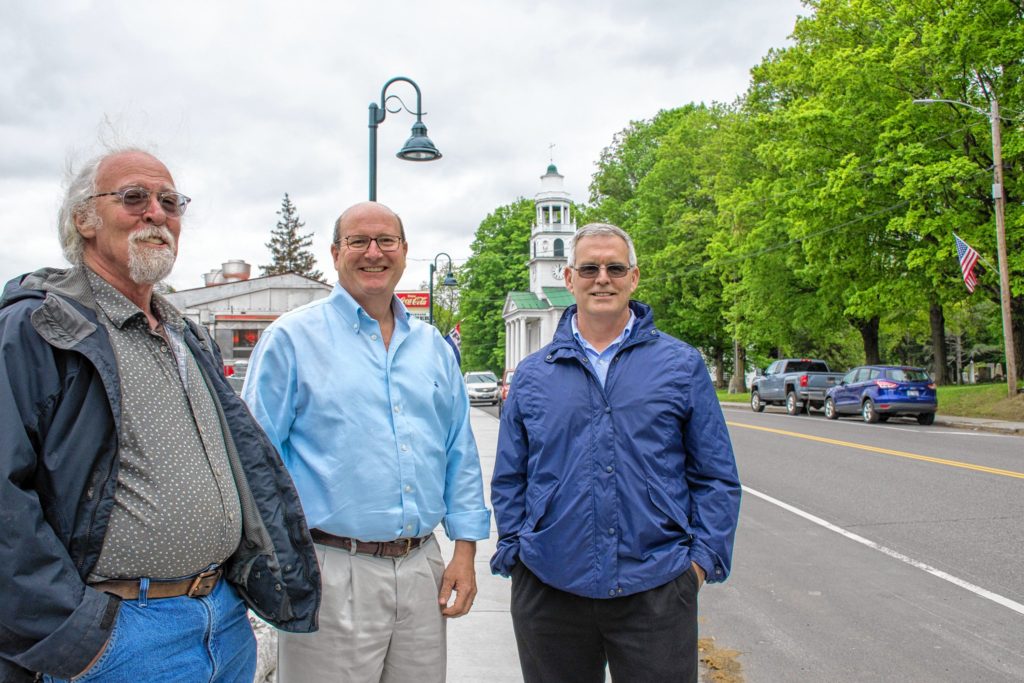 Windsor is on a mission to revitalize. Following the loss of two major employers in the last three decades, the small town suffered a period of decline, with a shrinking tax base, an aging population and decaying buildings. But the town is now home to more young families and seeing new investment. Much of the success is due to the efforts of the nonprofit Windsor Improvement Corp., or WIC, which last March rebranded itself as Distinctly Windsor.

“WIC’s projects have become a little more robust and the results are a little more apparent to the community, and the WIC nomenclature was confusing,” Town Manager Tom Marsh said, referencing the Vermont Department of Health’s Women, Infants and Children program, also known as WIC. John Tansey suggested a new name, “Distinctly Windsor,” Marsh said, “which builds on what makes Windsor distinct and unique.”

Marsh, Tansey — who assumed the presidency of the Windsor Improvement Corp. in 2009 and is the president of Distinctly Windsor — and Bob Haight, the town’s downtown coordinator and zoning administrator, recently outlined the organization’s objectives and projects, which include economic development and an ambitious effort to lift two homes in the Jarvis Street neighborhood to bring them into compliance with federal flood guidelines.

The Windsor Improvement Corp., which was founded in 1975, became the official economic development branch of the town in 2003. Its mission has been tested since the town’s largest employers, Goodyear Tire and Rubber Co. and Cone-Blanchard Machine Co., closed in 1987 and 2002, respectively.

“Thirty years ago there were 4,000 more jobs here than there are now,” Haight said. “All these guys showed up one day and were told to go home. It wasn’t like today where you have six months of notice and retraining. It was a shock.”

The shock had a domino effect, with supporting businesses shutting down and the town going through a difficult economic and demographic transition. Families moved away and the downtown area began to look worn and abandoned. “We lost the tax base and had a lot of infrastructure needs, and for a long time struggled with how to move forward,” Tansey said.

When he joined the group, Tansey said, things really seemed broken. People were looking for the next big thing to replace what had left, or looked to the outside to fix the problem, according to Marsh. Then the town changed its charter, went back to a town manager form of government, restructured the budget, and invested in infrastructure improvements.

“A lot of things came together at the same time: Tom coming in as town manager, Bob taking on a more formal role, and our strong relationship with the Springfield Regional Development Corp. Then we really began coalescing and laying the groundwork for what we’re doing now,” Tansey said.

A big success story is Artisans Park, which began when Harpoon Brewery took over the old Catamount Brewery in 2000. The popular Route 5 destination now is also home to businesses including Silo Distillery, a Simon Pearce factory store, Great River Outfitters, Oh! Veggies, Blake Hill Preserves, the Cheese Board and the Vermont Farmstead Cheese Co., along with The Path of Life Garden.

“It’s frustrating because some people look at these things that are on the edge of town and don’t think it’s Windsor,” said Marsh, “but that’s millions of dollars of new economic development and jobs that are in Windsor, and it brings in 150,000 people a year.”

The Windsor Improvement Corp., and the Springfield Regional Development Corp., were both instrumental in the development. The downtown area also has been invigorated, and has benefited from more than $300,000 in grants and incentives available from the state as one of Vermont’s 23 “Designated Downtowns,” a program of the Agency of Commerce and Community Development. It is also the second largest historic district in the state. “Now you see joggers and young people on bicycles, and people with strollers, and that’s what you want to see in a downtown area,” Haight said.

A Windsor native, Tansey is an administrator for the education abroad program at Dartmouth College. He moved back to Windsor in 2000 after living abroad. “I live over here on Main Street, and I bought my house for half what it would have cost in Hanover,” he said. “People are recognizing that this is a very appealing place.”

Just down the hill from downtown along the Connecticut River sits the Jarvis Street neighborhood, where Distinctly Windsor is working to elevate two homes out of the flood zone. It purchased the homes, which were unoccupied, to use as a template for the roughly 180 other properties that are within the federally designated flood hazard area. Many of those homes are caught in a Catch-22: The owners need bank loans to modify the homes to meet federal flood guidelines, but they can’t get loans until the property meets the guidelines.

The organization is using money from the town’s revolving loan fund to lift the first house and work out the logistics. It then hopes to borrow money from the state to loan to Windsor homeowners so they can replicate the process. Marsh said the state treasurer is waiting to see the results and encouraged the group to keep going.

“It affects a whole lot of property, and if we can do this well, it’s going to be a very different market,” Haight said, adding that the group hopes to have the first house completed by Labor Day.

In the meantime, the group is working on small changes that help fuel momentum. Marsh credits Haight with helping them see that they don’t need the “next big thing,” but by doing a little here and a little there, the whole place starts to look better.

“If you think of a lot of communities that went through de-industrialization, the image is of a needy community, Tansey said. “Quite frankly, we’re beyond that. What we’re trying to do is promote what is happening here.”