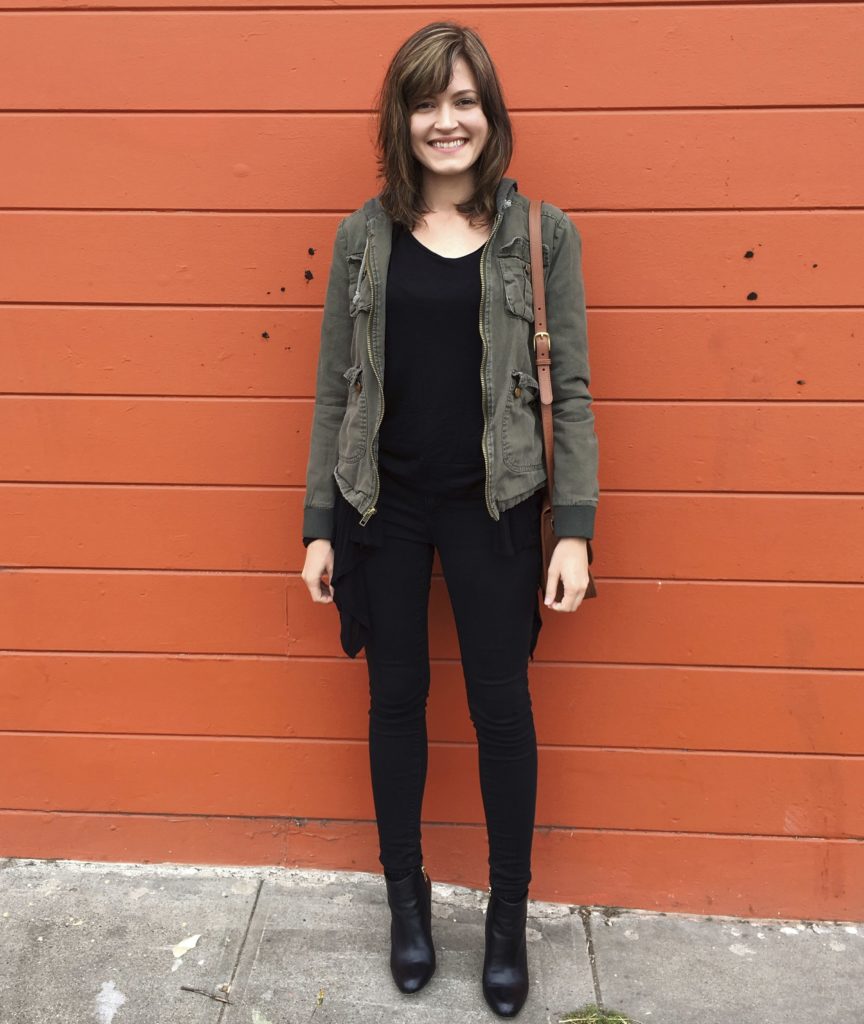 This image provided by Viking shows Susan Fowler. The former Uber employee whose revelations of harassment helped lead to the ouster of the company’s CEO has a book deal. Viking told The Associated Press on Thursday, Nov. 9, 2017, that it had acquired a memoir Fowler. (Shalon Van Tine/Viking via AP) 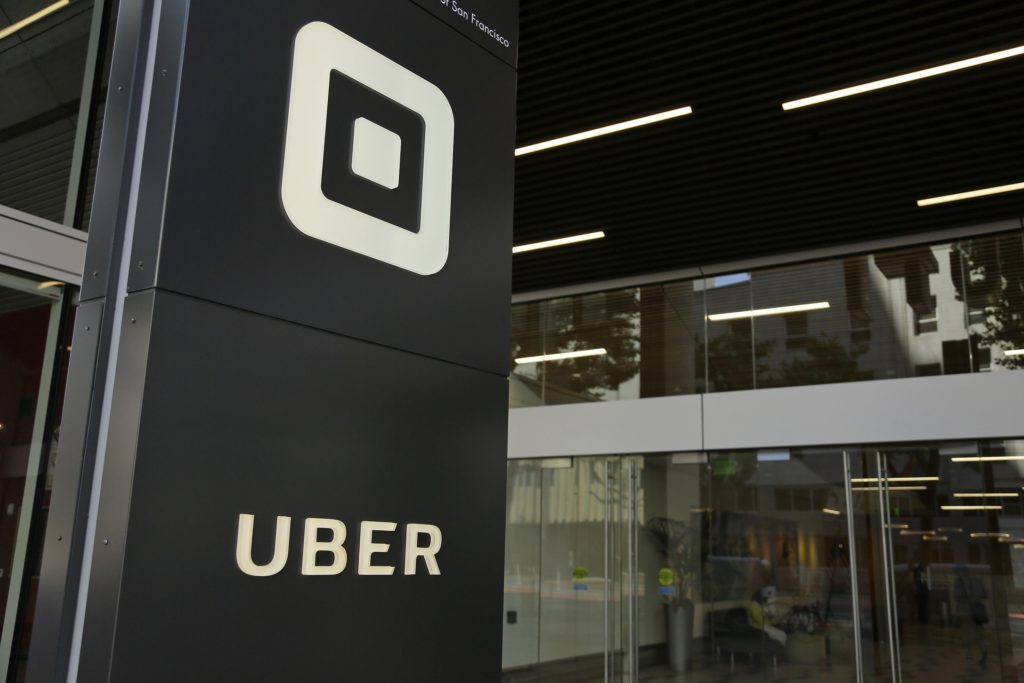 FILE - This Wednesday, June 21, 2017, file photo shows the building that houses the headquarters of Uber, in San Francisco. In a move announced Monday, Nov. 6, 2017, Uber is pledging $5 million over the next five years to seven organizations that work to prevent sexual assaults, a move aimed at helping the ride-hailing service combat its own problems as well as society as a whole. (AP Photo/Eric Risberg, File)

A woman is sexually harassed or assaulted at work. She alerts her company’s human resources department, which does nothing. Only after she makes her allegations public does her employer pay attention.

It’s a narrative familiar now only because women like former Uber engineer Susan Fowler and others have risked their careers to tell their stories about how the people hired to protect them in their workplace ultimately failed.

Ever since Fowler revealed her experience in a blog post — which set in motion events that led to the eventual resignation of Uber co-founder Travis Kalanick and the recent sexual harassment scandals roiling companies including Amazon Studios, Fox News, Vox Media and the Weinstein Co. — questions abound as to what human resources departments were doing when employees needed them most.

At the heart of the problem, experts and victims say, is the fact such departments often serve companies first, not individual employees. Their job is to limit any reputational and legal damage to the company, creating, in some circumstances, an incentive to dismiss allegations or keep them secret.

“Is human resources really the right place to go?” Gretchen Carlson, the former Fox News anchor who sued the company’s late chief executive, Roger Ailes, for sexual harassment, said at a Fortune event. “Because what I always equate it to is: who’s giving them the paycheck?”

“In the end, if the culture’s being set from the top and it’s trickling down to the lower levels, human resources may not be looking out for you,” she said.

Even if human resources officials wanted to take aggressive measures against problematic employees, there’s no guarantee they could. Many don’t have a direct line to the CEO, let alone the board of directors, said Patrick Wright, director of the Center for Executive Succession at the University of South Carolina.

“It all starts at the top of the HR house,” Wright said. A company’s human resources chief has “to have a relationship with the board that makes it possible to surface issues … particularly those that are being hidden by the CEO.”

The problem, Wright said, is that many human resources departments don’t feel empowered to speak up against executives or protect employees from the very people who sign their paychecks.

This is particularly pronounced in industries like tech, where the high demand for talent means that human resources tends to focus on hiring and retaining talent rather than advising and coaching leaders on their behavior.

The fierce competition for workers also has taught some executives that they are “almost godlike and can get away with anything,” Wright said. This can lead to human resources managers downplaying complaints out of fear of offending a “high performer.”

That’s precisely what Fowler said she was told when she complained about a predatory supervisor.

That also was the case for Eden Rohatensky, a designer who wrote a blog post detailing her experiences with sexual harassment at various startups. (Rohatensky was a former employee of the media company Vox. Though she did not explicitly state the name of her employer or harasser, Vox announced it had fired an editorial director for inappropriate behavior shortly after she published her post.)

“There aren’t resources to truly take care of people, and so many things get messed up because of that,” Rohatensky said in an email.

That sort of environment compounds the lack of faith many employees have in their human resources departments.

Human resources is considered so ineffectual by workers that 75 percent of women who have experienced unwanted and inappropriate advances from male colleagues have never bothered to report it out of fear of retaliation or not being believed, according to a 2016 Equal Employment Opportunity Commission study. Of those who did report incidents, 95 percent said there were no consequences for accused men.

Some proven strategies, according to mediator Abby Silverman Weiss, include having an organizational chart that has the head of human resources reporting directly to the CEO or higher.

Alexandra Coonce, the vice president of people at tech startup Glint, meets with her CEO every week and has quarterly meetings with the company’s board members.

She has a direct line to the board, which she believes has helped the company create an environment of “transparency, trust and openness.”

“I don’t believe any of us are powerless,” said Coonce, who has even been granted the authority to hire a third-party firm to conduct internal investigations, should it be necessary.

Another strategy includes getting the company’s board or audit committee to audit the human resources team as they would any other risk, which is what then-U.S. Attorney General Eric Holder recommended to Uber after the ride-hailing company commissioned his law firm to investigate the company’s culture.

“If they look at HR and ask questions as if it’s a regular risk — questions such as, ‘Do we have any potential HR issues that could rise to a material level?’ — that can also empower an HR team,” Silverman Weiss said.

Uber said it has changed its human resources practices since Fowler’s blog post.

The company tripled the size of its human resources team and introduced an anonymous hotline for employees to report abuse or inappropriate behavior, an Uber spokesperson said.

The company said its failings in the past were partly due to the lack of senior employees in human resources. The vice president heading the department, Liane Hornsey, now reports directly to CEO Dara Khosrowshahi.

She also informs the board of directors about progress the company is making in meeting Holder’s recommendations, an Uber representative said.

For organizations stuck in a culture of toxicity, sometimes it takes a scandal and leadership overhaul before human resources can be effective again.

“There usually has to be some type of shock,” said David Mayer, a professor at the University of Michigan’s Ross School of Business. “Or it could be the industry reading the leaves. You can see that in Hollywood this isn’t just affecting Harvey Weinstein’s firm — a lot of firms are now hyper-aware of this.”