Who Needs the Bank? Digital Asset Cryptocurrency Is Creating a New Economic System 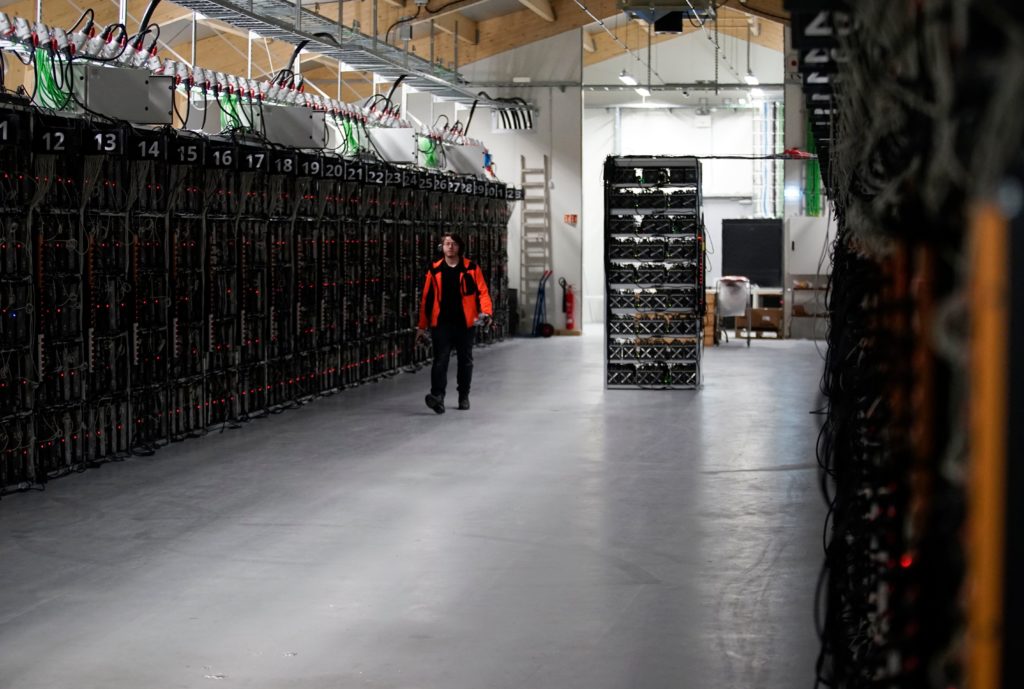 FILE _ In this file photo taken on Jan. 17, 2018, a worker walks along a row of computer rigs that run around the clock 'mining' bitcoin inside the Genesis Mining cryptocurrency mine in Keflavik, Iceland. A prisoner in Iceland suspected of masterminding the theft of about 600 computers used to mine bitcoin has managed to escape custody and flee the remote North Atlantic nation on a passenger plane. Police said surveillance footage showed a suspect they identified as Sindri Thor Stefansson boarding a passenger plane to Sweden on Tuesday April 17, 2018. (AP Photos/Egill Bjarnason, File)

Bitcoin. Litecoin. Ethereum. All are cryptocurrency which have entered the lexicon of many since its 2008 inception.

There is a cryptocurrency craze happening globally. People are using it as a currency held in digital wallets on mobile phones to pay for goods and services. Others are mining or using this electronic cash system as an investment to get rich quickly, in theory. This rage just reached the masses on the shores of the United States. Until recently, cryptocurrencies were the domain of geeks.

In 2017, England’s Cambridge University undertook the most comprehensive study of cryptocurrency since 2009, to find how widespread the use of this digital cash has become. The research gathered data from more than 100 cryptocurrency companies in 38 countries. It captured an estimated 75 percent of the cryptocurrency industry.

According to this study, about 3 million people are actively using nearly $40 billion of cryptocurrency, and it is increasingly used, stored, transacted and mined around the globe.

There is a lot of confusion about what cryptocurrency is and how it works.

The simple definition of cryptocurrency is: limited entries in a database no one can change without fulfilling specific conditions, Ameer Rosic wrote on Blockgeeks.com.

He suggested you think of it this way: Take the money in your bank account for example: What is it more than entries in a database that can only be changed under specific conditions? You can even take physical coins and notes: What are they other than limited entries in a public physical database that can only be changed if you match the condition that you physically own the coins and notes?

In other words, digital assets using cryptography, or the art of writing/solving codes, to secure transactions between peers without the need for a central bank or other authority performing that role.

How Does it Work?

As is the U.S. dollar, the European euro, or the Chinese yuan, cryptocurrency is a currency. There are no paper money or coins. It is a new way to digitally pay for goods and services with lower transaction fees than credit cards and banking fees.

It all starts with the blockchain. It is a system that allows a group of connected computers to maintain a single updated and secure ledger. Transactions are recorded in this shared ledger permanently by appending blocks in the mathematical chain of code.

The exchange, or bank, is a digital marketplace where traders can buy and sell cryptocurrency using different fiat currencies which is a currency declared by a government as legal tenders such as the dollar or altcoins. Then the purchased cryptocurrency goes into a wallet where a QR code is scanned by a store to pay for products or services. It is like using Apple Pay, or Starbucks app digital wallets. With cryptocurrency, the transfer is often within a couple of minutes.

Cryptocurrency is a global free market of what is capitalism in its purest form. It is an entirely decentralized system with no server or central authority governing it.

The market is very volatile. Values can swing within minutes. Unlike the U.S. Stock Exchange where there are safeguards in place; there are none. Add in scammers out there launching new coins and never delivering. Cryptocurrency can be converted quickly into fiat currencies.

We are in the Wild West stage of the cryptocurrency development. U.S. Securities and Exchange Commission, as well as other governments such as China and South Korea, are reviewing cryptocurrencies and how to regulate them. That said, banks that were reluctant to embrace cryptocurrencies have increasingly moved toward developing their coins. Japan’s largest bank, Mitsubishi UFJ Finacial Group, began developing its own in April.

It is too soon to say if cryptocurrency will become widely used and accepted as it is in the Asia-Pacific regions, but it is worth getting an understanding of this new currency now.