At the Black New England Conference, honoring past trailblazers and calling for action

Home » At the Black New England Conference, honoring past trailblazers and calling for action 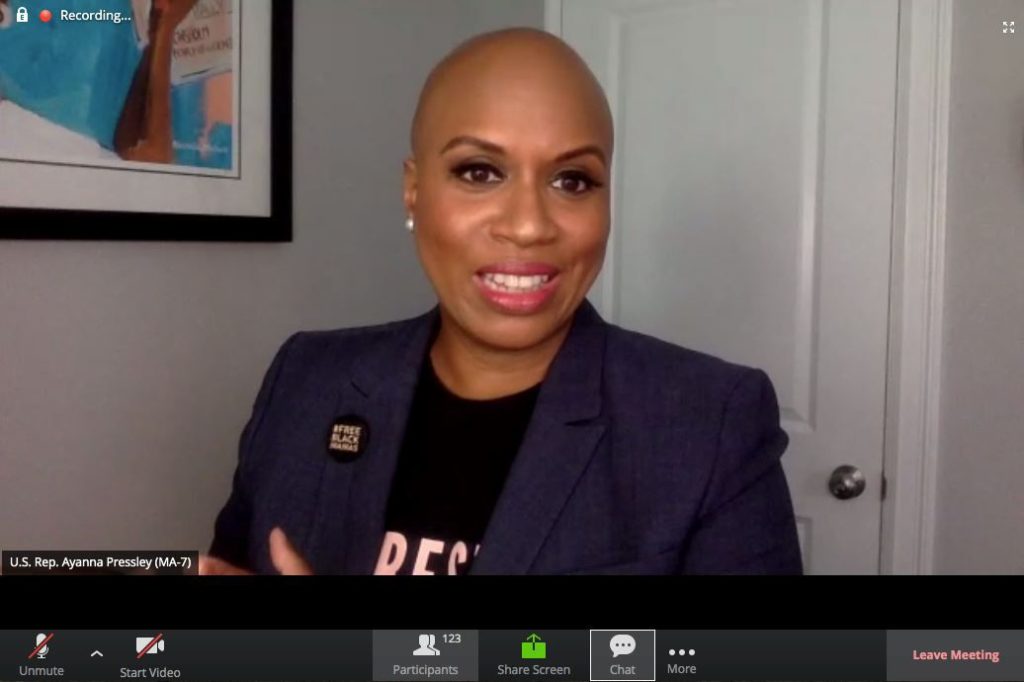 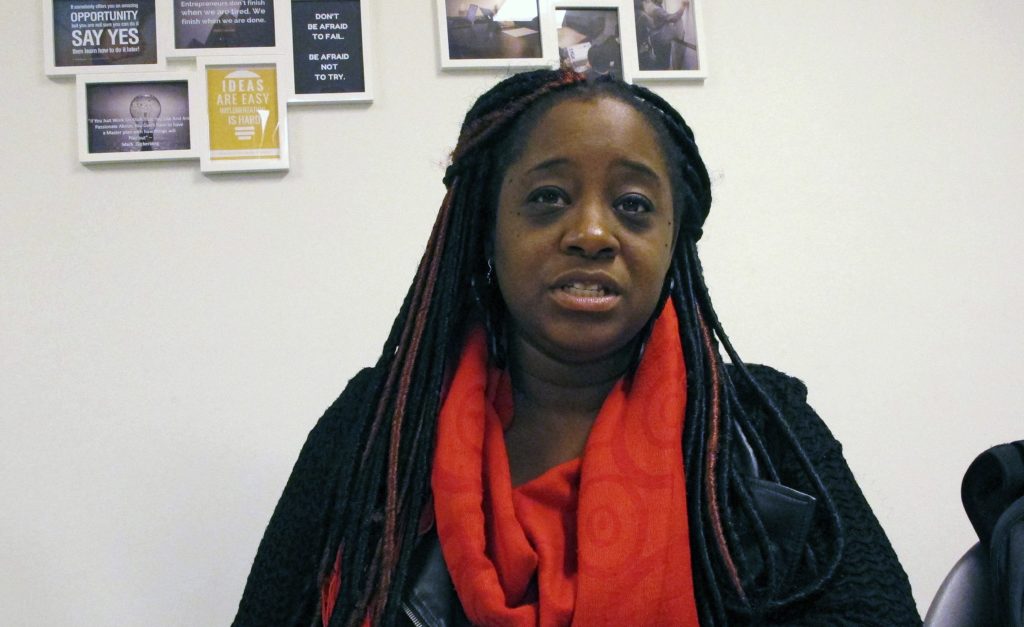 FILE - In this Oct. 3, 2018 file photo, Kiah Morris, a former Vermont state representative, discusses threats and harassment she's faced, during an interview in Bennington, Vt. Vermont's attorney general is urging a review of a police department's practices following its handling of reports of racial harassment against the state's only black female lawmaker, who later resigned. T.J. Donovan said in a written statement on Monday, Feb. 11, 2019, that he believes an outside law enforcement expert should review the Bennington Police Department's policies and procedures. He is urging the town to take that step. (AP Photo/Lisa Rathke, File)

In 1964, former Vermont State Representative Kiah Morris’ grandfather was nearly beaten to death by Ku Klux Klan members who attacked the Mount Zion Methodist Church in Mississippi, where he then served as a deacon. It was shortly before the KKK burned the church to the ground.

It was at a time when centers like the Mount Zion Methodist Church were becoming Freedom Schools, which would train a generation of activists to push back against racist and segregationist policies. Many of those Black activists who are honored and remembered to this day are men, but people like Morris’ great-grandmother, who witnessed the attack, are too often left out of the story, she said last month.

The theme of this year’s Black New England Conference, hosted virtually by the Black Heritage Trail of New Hampshire, was “Black Women Rock.” The conference celebrated the achievements of Black women throughout the nation’s history.

“Who could have known how timely this conversation is? And more than ever, we need to examine, learn from and celebrate Black women’s leadership,” said Dennis Britton, vice president of the Black New England Conference and a professor at the University of New Hampshire.

The conference came under the heaviness of events that have sparked more protests nationwide. Last month, a grand jury indicted a former Louisville, Ky., police officer for wanton endangerment in the killing of Breonna Taylor, a Black medical worker, during a raid earlier this year. Taylor had been sleeping in her home when three police officers entered on a search warrant. Her boyfriend, believing the officers to be intruders, fired his weapon in their direction, injuring one of the officers. The three officers then returned fire on Taylor and her boyfriend, firing 32 rounds and killing Taylor.

New Hampshire activists have led several protests and are dissatisfied with the lack of justice for Taylor and what they called performative responses from state legislators on both sides of the aisle. They also announced the launch of a new campaign titled “New Hampshire is not innocent.”

At the conference, events focused on Black women in electoral politics and new generations of activists. Representatives from across the nation, like Morris, and young activists from New Hampshire, like Julian Maduro of Black Lives Matter Seacoast and Ronelle Tshiela of BLM Manchester, spoke of their experiences as Black women in spaces they say need to make more room for people like them.

Morris, who represented Bennington, Vt., until 2018, said she experienced repeated acts of racism and harassment from within and without the legislature.

“I would leave the legislature after an almost unceasing campaign of terror and harassment,” Morris said. “I saw the growing and pervasive nature of white supremacist campaigns. I saw the violence reach my doorstep with literal break-ins into our home, threats against our lives. I saw the impact on the heart on the spirit of my young Black son.”

Still, she was able to accomplish much for people of color in her state that she is proud of, as a representative and now in her current role with Rights and Democracy Vermont. She’s played a major role in passing legislation to address racial discrimination within the state’s justice system and is working on a bill that she says, if accepted by the legislature, will be among the most progressive in the country.

Pat Spearman, a state senator from Nevada, spoke of the importance of honoring past trailblazers who paved the way for her to run for office and win.

“I am third generation free,” she said, remembering her grandmother and father, who were still unable to vote. “I am the first generation in my family lineage that when I was born there was an expectation that when I got to voting age, I would be allowed to vote.

“Have I been afraid? Many times. But each time fear was about to overtake me, as I said before, I go back and I think about all of those shoulders we stand upon,” she said.

Ayanna Pressley, a congresswoman from Massachusetts and the first Black woman in the commonwealth to hold that role, led Saturday’s keynote address. She spoke of the role of Black women in the social movements of the past — too often gone unrecognized — and the importance of organizing, mobilizing and voting.

“We have done the pursuit in the full emancipation and collective liberation of everyone, even when the hand of equitable freedom has not been extended to us,” she said. “It’s time that our voices and our issues are centered not only in the campaign trail but in rooms where decisions are being made long after elections are over.”

These articles are being shared by partners in The Granite State News Collaborative. For more information visit collaborativenh.org.