‘The doors are getting opened up’

Home » ‘The doors are getting opened up’ 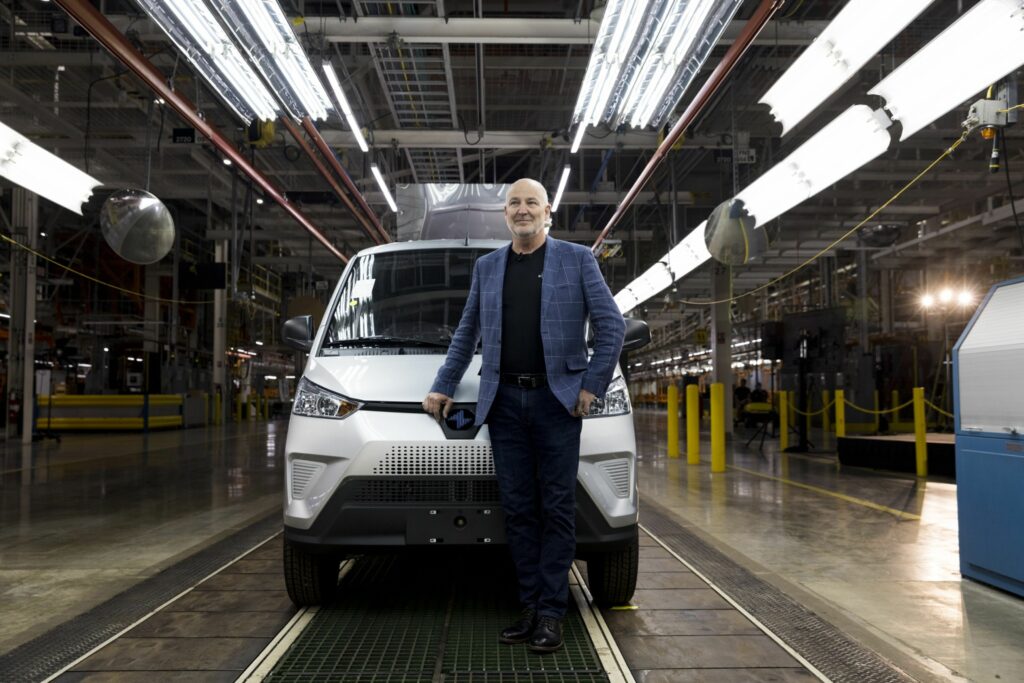 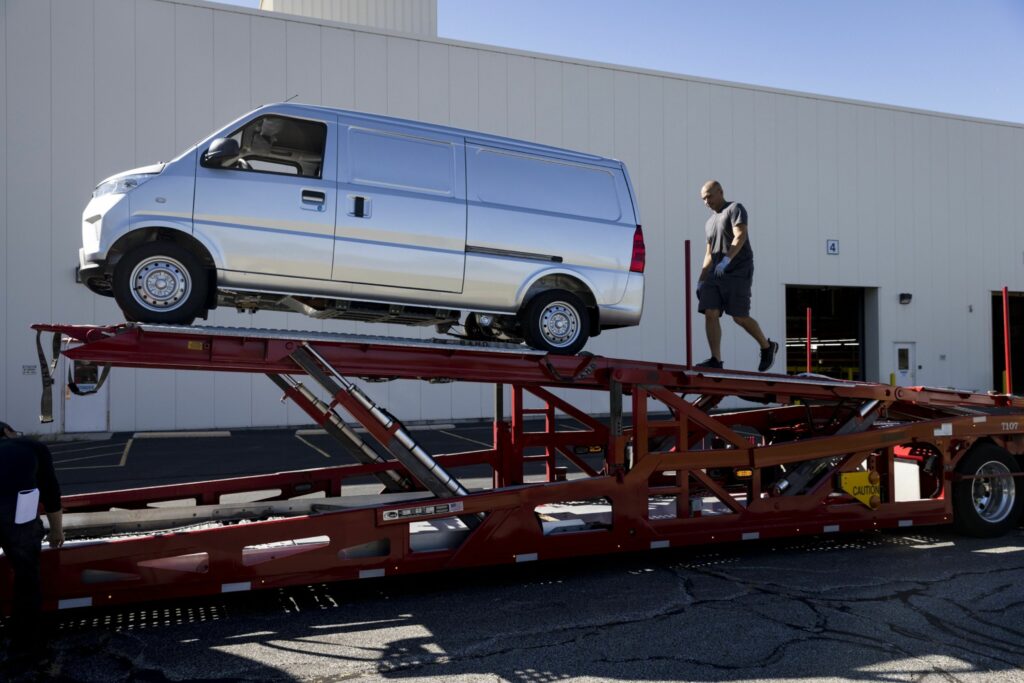 An Urban Delivery electric van is loaded onto a truck outside the Electric Last Mile Solutions facility in Mishawaka, Indiana, on Sept. 28, 2021. MUST CREDIT: Bloomberg photo by Taylor Glasscock. 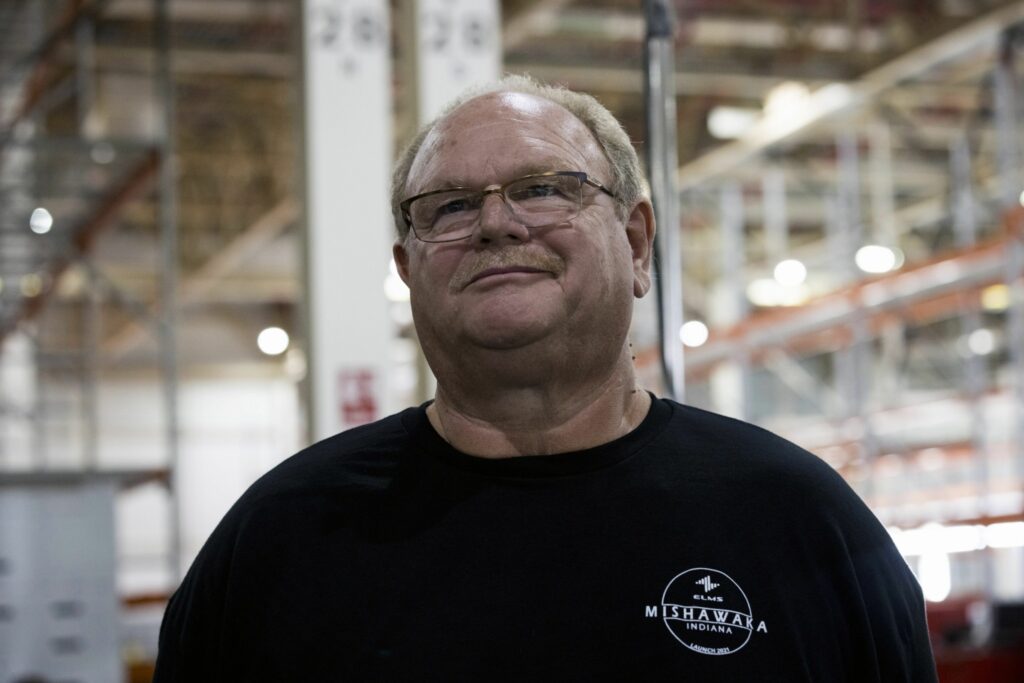 When the first snub-nosed, electric van rolled off the assembly line earlier this month at the Electric Last Mile Solutions Inc. plant in Mishawaka, Ind., it was a proud moment for the company’s co-founder and chief executive officer, Jim Taylor. The van, one in a run of 1,000 scheduled for this year, is among the first of its kind in the U.S. market: a fully electric, light-duty vehicle meant for delivery workers, contractors and other commercial fleets.

“Who else is starting up this month?” asks Taylor, checking through the list of major auto manufactures and startups, from Ford and General Motors to Arrival Ltd. and Canoo Inc., that have announced plans to build electric vans.

Delivery vans and other light commercial vehicles offer fertile ground for electric vehicle makers, according to James Martin, a consulting associate director at the research house IHS Markit. Buyers aren’t commuters, concerned about range estimates and how to handle the occasional long road trip. Instead, they’re fleet managers who know precisely how far their vehicles will travel each day and where they plan to recharge them during off-duty hours. “We think it’s going to be swifter than the ramp-up of electrification in personal vehicles,” says Martin.

IHS expects North American commercial-van production to grow from around 400,000 units this year to nearly 600,000 by 2028, with electric vehicles growing from almost nonexistent to nearly 40 % of the market in that span. Electric Last Mile Solutions, known as ELMS, is aiming for the bottom end via a bare-bones vehicle with relatively low range that’s ideal for customers who carry light packages on short, repetitive routes. The segment has exploded with the rise of e-commerce.

ELMS began in August 2020 as a plan B for the Chinese auto manufacturer Chongqing Sokon Industry Group. In 2017, Sokon subsidiary SF Motors bought the Mishawaka plant from contract manufacturer AM General with a plan to build an electric SUV called the SF5. But the SF5 never came to Mishawaka, a city of 50,000 on the eastern edge of South Bend. When Sokon hired Taylor, a 30-year GM veteran, to take over as CEO at SF Motors in the summer of 2019, he reviewed the business plan and concluded that it was doomed. Launching an electric SUV brand in the U.S. would be far more expensive than Sokon anticipated, Taylor told the company’s leadership, and it would land them in a brutal competition with some very large players. Sokon heeded his advice and abandoned its U.S. plans for the vehicle.

This left the question of what to do with the Mishawaka plant. Taylor suggested pivoting to electric delivery vans, which Sokon already was producing in Asia. Sokon, however, didn’t want to spend more in the U.S. market, so Taylor offered to start a new company that would raise the funds to buy the Mishawaka plant.

Taylor, 64, knows the 675,000-square-foot space well: Two decades ago, when he was an executive in the truck group at GM, he outfitted it to assemble Hummers. In 1999, GM bought the Hummer brand from AM General and contracted with them to build a mass-market version of the SUV. AM General built a plant for the job next door to the one where it makes Humvees for the military. Taylor, who oversaw purchasing for GM trucks, chose the equipment.

By 2005, 1,000 workers were building tens of thousands of Hummers per year in Mishawaka. When the financial crisis arrived three years later, the fad was fading and GM, forced into bankruptcy, decided to shutter the money-losing brand. The plant revived in 2015, when Daimler hired AM General to build Mercedes-Benz minivans there for the Chinese market. But Mercedes walked away two years later and AM General announced plans to close the plant, a demise that was seemingly averted with the arrival of SF Motors.

In the summer of 2020, Taylor and his co-founder Jason Luo, a longtime auto executive who briefly ran Ford China, began trying to raise money for ELMS. This was during the rise of SPAC fever. In the six months before ELMS’s founding, electric vehicle startups Nikola Corp., Fisker Inc., Lordstown Motors Corp. and Canoo all had announced plans to enter the public markets via mergers with special purpose acquisition companies.

SPACs intrigued Taylor. Since leaving GM in 2010, he had done stints at a pair of electric vehicle companies — what are now Workhorse Group and Karma Automotive — and seen enough of the traditional fundraising process to know that he’d be happy to fast-forward through it. “This allows you to get the money much quicker,” he says, “and it arrives in a gigantic trainload.”

In fall 2020, Taylor and Luo began discussing a merger with a SPAC called Forum Merger III, which recently had raised $250 million. By late October, they were ready to approach private equity firms, hedge funds and investment banks about adding to this pool of funds through a so-called private investment in public equities, or PIPE. In December, Forum announced the planned merger, which valued ELMS at $1.4 billion. With $155 million in PIPE money, the deal was set to generate nearly $380 million in gross proceeds for ELMS.

The companies originally hoped to close the deal in the first three months of 2021, but that was delayed after the Securities and Exchange Commission began to scrutinize SPACs more closely. The EV companies that preceded ELMs into the public markets had illustrated the downside to giving startups a big bucket of money all at once: Few live up to their hype. After refiling paperwork to meet new SEC guidance, ELMS completed the merger and began trading on the Nasdaq at the end of June. As soon as the funds were in the bank, Taylor made a $30 million down payment on the $145 million purchase of the Mishawaka plant and beginning outfitting it to assemble electric vans.

ELMS is taking a crawl-before-you-walk approach to production. For now, the vans arrive in Indiana from factories in China as “pushers,” complete with chassis, frames, battery packs and wheels. At Mishawaka, a couple of dozen hourly workers spread across a handful of stations add steering wheels and a few electronic components. It’s a comedown from the Hummer days, but if all goes according to plan ELMs could bring the plant back to something approximating that scale.

Over time, the company plans to buy more parts from U.S. suppliers and do more assembly in Mishawaka. ELMS told the Indiana Economic Development Corp., a public-private partnership, that it expects to create up to 960 new jobs building 100,000 vehicles per year by the end of 2024. If it does, IEDC will grant $10 million in tax credits.

“Everyone here is just excited that the doors are getting opened up,” says Bryan Tam, a 62-year-old plant manager for ELMs who has been at Mishawaka through its 20-year history.

The initial 1,000 ELMS vans are headed to Randy Marion Automotive Group, a collection of dealerships in North Carolina whose namesake and founder was in Mishawaka on earlier this month for a ceremonial handing over of keys. His first few hundred vans are destined for campuses, airports and other spaces where they won’t encounter public roads, which saves ELMS from having to meet full safety standards until it scales up production.

The vans are basically breadboxes on wheels. But the company is not trying to turn heads on the sidewalk. It’s hoping to get the attention of fleet managers with a simple proposition: save money by converting to electric. The vehicles have a range of 100 to 120 miles, 171 cubic feet of cargo space (enough to carry several hundred shoe boxes) and a cost of about $27,000 after a $7,500 federal tax credit. By ELMS estimates, the total cost of ownership, including fuel and maintenance, is 35% cheaper than comparable gas-powered vans.

While ELMS is betting on gaining an edge by being first, the competition isn’t far behind. Ford, Daimler and General Motors all have plans to introduce commercial electric vans to the U.S. by 2023. Earlier this week, GM unveiled a midsized cargo hauler and announced that it has signed up Verizon Communications Inc. as its first customer. Rivian Automotive, meanwhile, has already taken an order for 100,000 vans for Amazon.com Inc., with the first expected to arrive this year.