Making the most of fresh, local food

Home » Uncategorized » Making the most of fresh, local food 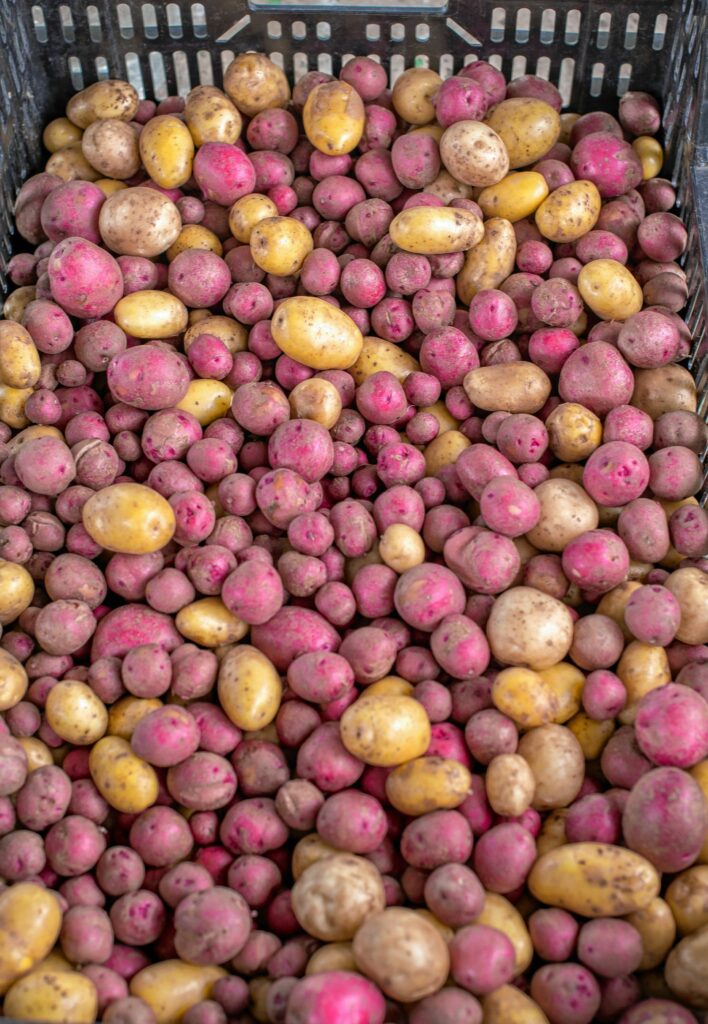 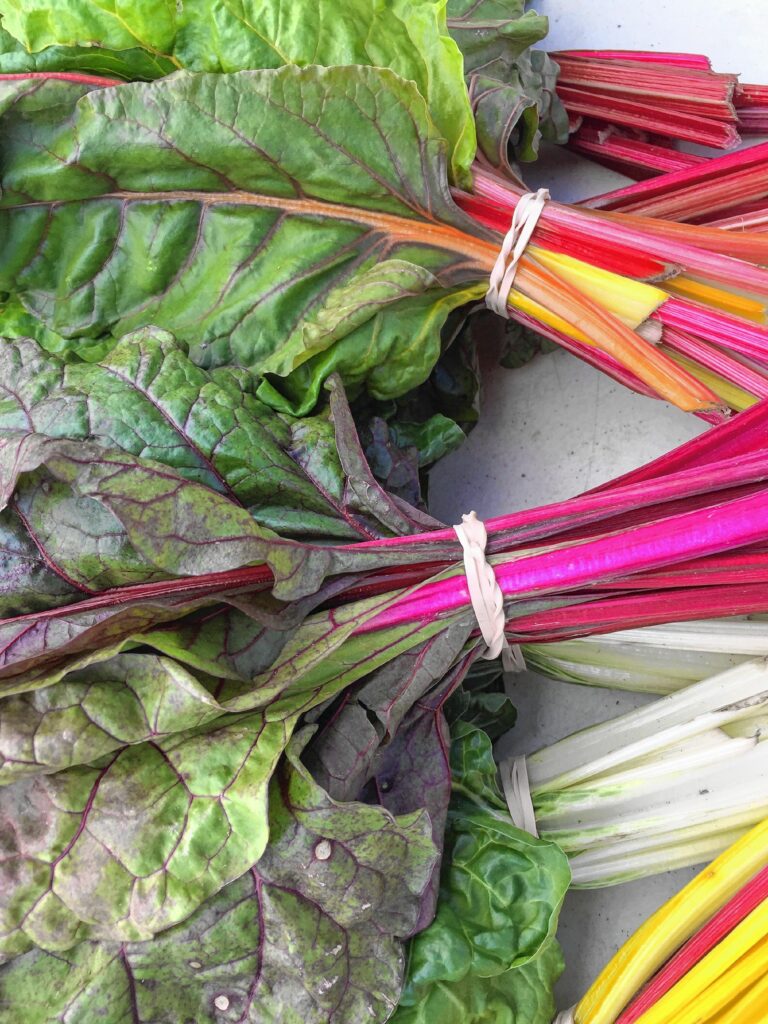 It's easy to dry greens like rainbow chard so they can be added later to soups. (Vital Communities photograph) 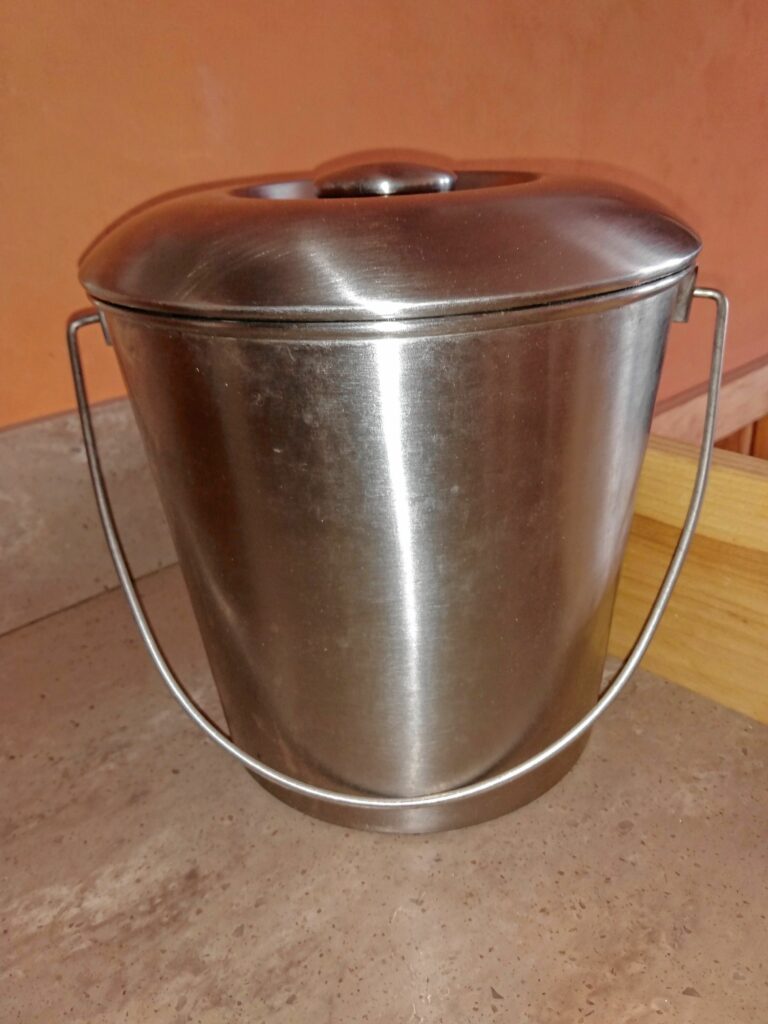 A bucket on the counter, cleaned after each time it's emptied, is the most popular compost collection method. (Vital Communities photograph)

Whether coming from your own garden or nearby farm, locally grown, in-season food has greater flavor and nutritional value than food that’s shipped from afar or heavily processed. It can also impose a much smaller carbon footprint.

So when designing a new kitchen or redesigning an existing one, it’s worth keeping in mind features that help you bring in fresh, local food and bring out the food scraps it creates.

Bringing in the bounty

Real food tends to come with more dirt and parts you don’t eat than prepared food, so plan for space to deal with that. Generous counter space and a single-bowl sink just for food prep can be a great help, said Melissa Hood, a kitchen and bath designer and showroom manager at Bethel Mills, which is headquartered in Bethel and has eight locations throughout the Upper Valley. “Ideally, you have a two-sink kitchen with one for washing and prepping food and the other for dishes. But that’s ideal. Not every kitchen has room for two sinks.”

However, you can also do that initial preparation outdoors.

“There are some people who have the teeniest, tiniest kitchens and they are the biggest grower of vegetables, whether that becomes an outside prep space or inside,” Hood said.

A picnic table can be a great place to hack off stalks, vines and other bulky inedible parts that are headed straight to compost. For rinsing off dirt, “We use our hose and run it into a wheelbarrow or a bucket,” said Sharon resident Cat Buxton, who consults to households and organizations on gardening, composting, soil and the nutrient cycle (i.e., soil to plants to consumption and compost and back to soil) through her firm Grow More, Waste Less.

Real, local food sometimes comes in quantities too generous to consume fresh, so as you design, think about long-term storage. Freezing is great for those who have space in a refrigeration unit in their kitchen or in a secondary space. But other simple methods can allow you to keep food for later meals.

Canning: Tomatoes are an ideal entry-level canning challenge because their natural acidity discourages microbe growth due to less expert canning techniques. Canning lets you take advantage of not only your own garden output but tomato-season sales by local growers.

“It’s time-consuming but I like it, especially for tomatoes,” Buxton said.

Drying: Tie herbs or greens in bunches, put each bunch in a paper bag to protect it from sun and dust, and hang them somewhere, and in winter take them down and store them in glass jars, Buxton recommended. “I can’t get the vision out of my head of Ball jars full of all the beautiful food,” she said. “I think it makes a kitchen gorgeous and it’s all about food and medicine.”

Cool storage: It’s worthwhile creating a space where you can store root vegetables, such as a closet on an exterior wall that you can insulate from the heated part of the house.

“These days, we’re making really energy efficient houses, which is good, but we’re losing those places in our houses where we can store roots,” Buxton said. “It’s good to plan for a place where we can have winter storage because our local farmers love it when we order 20 pounds of onions and 50 pounds of potatoes in the fall so they don’t have to store them and sell them off. Buying in on storage crops is a great way to support our local farmers.”

When composting first entered our vocabulary decades ago, it was the province of dedicated DIY-ers who could manage compost piles or bins in their own yards. Over the past decade, state and local regulations in New Hampshire and Vermont have made composting more accessible to — and, in Vermont, mandatory for — all.

As of July 1, 2020, Vermont State Law banned the disposal of food waste in trash or landfill and required that food waste collection be offered by trash haulers and at recycling transfer stations.

On the New Hampshire side of the Upper Valley, Lebanon Solid Waste Facility offers a food waste drop-off program to divert organic waste from the landfill, and the Lebanon-based Nordic Waste Services offers food scrap pick-up from homes or through an easy drop-off service at the three Coop Food Store locations (Hanover, Lebanon and White River Junction) during business hours.

For households with a little outdoor space, a backyard compost bin costs little to create and saves money in trash fees while cutting down on the greenhouse gas emissions created when organic matter sits in landfills rather than being broken down by microbes in a compost bin.

How should you build compost collection into your kitchen design? Designs exist for under-counter collection systems, but make sure you can keep it clean, Hood said. She usually recommends making space for a bucket on the counter.

“I do believe that the ‘bucket on the counter’ is by far the most popular method,” she said. “My mom has two buckets, one for coffee grounds and tea leaves and stuff that doesn’t smell bad and the other for other food scraps.”

“We’ve always got a bowl on the kitchen counter ready for compost that we dump into a five-gallon bucket outside the door,” said Buxton, who shares a tiny house with her partner. The outdoor bucket doesn’t attract animals because it gets regular helpings of sawdust to keep odors down and is emptied frequently into their compost bins.

Whether on the counter or outside the door, the key is to keep the bucket clean, Buxton said.

“Clean them out every time you dump them, with soap and water,” she said. “I tend to wash my compost bucket every time I empty it because if you don’t you end up with the really ferment-y juice on the bottom that’s asking for flies and other problems.”

At some point, your compost bin will produce luscious fertilizer for your garden or a local farm, and the nutrient loop is complete. While each stop on the cycle requires thought and effort, the rewards are great from removing our kitchens from the industrial food system, Buxton said.

“The food waste stream is enormous and the agricultural sector is one of the greatest contributors to climate change because of all the fuel that goes into refrigeration and operating equipment and fertilizers,” she said. “So a kitchen is a sacred place to be a part of a nutrient cycle that builds the Earth rather than destroying it.”