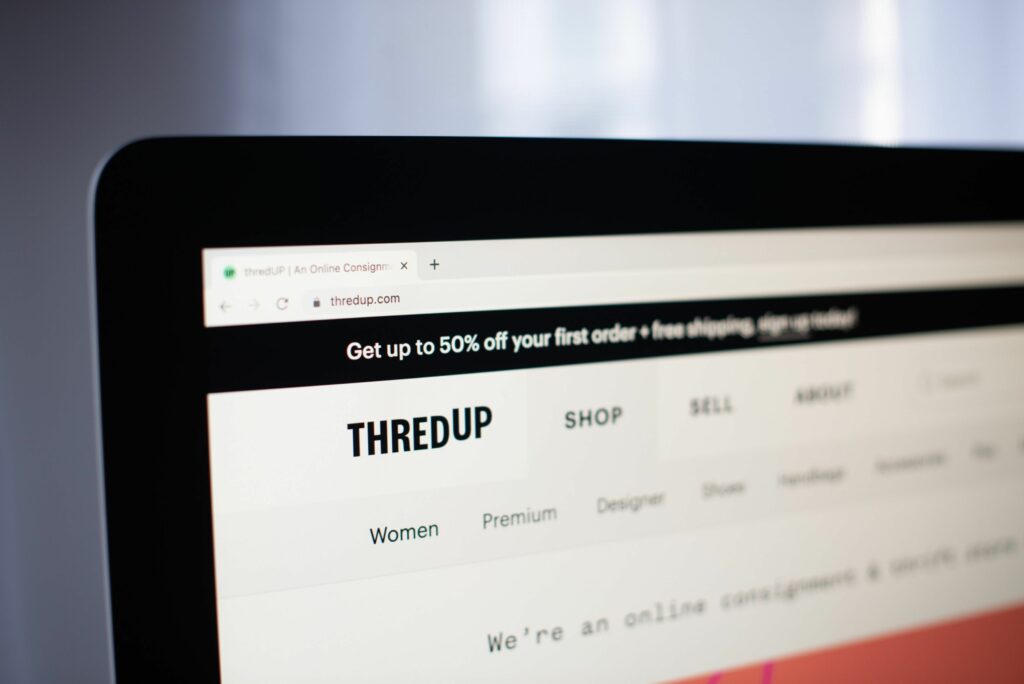 Resale online marketplaces have struggled as public companies. ThredUp’s shares have fallen about 80% this year. MUST CREDIT: Bloomberg photo by Tiffany Hagler-Geard.
Bloomberg

The world’s biggest brands have had enough.

After watching online marketplaces rack up billions in revenue from secondhand sales of their goods, brands ranging from Lululemon Athletica to Jimmy Choo are aiming for their own piece of a resale market that Coresight Research projects to hit $30 billion in the U.S. next year.

“We have seen just really an explosion in resale,” said Erin Schmidt, senior analyst at Coresight. “Every few weeks, we’re seeing another announcement of a brand or another retailer getting involved in this space.”

In the last month alone, Jimmy Choo, Balenciaga, On Running, Athleta and Vera Bradley have launched resale platforms where consumers can buy — and in some cases, sell — pre-owned apparel, shoes and handbags. Even non-profits are piling in.

That’s not good news for so-called peer-to-peer marketplaces that take a cut of transactions made on their platforms. Increasing competition has already led to sluggish growth and large losses while crushing the stocks of resale sites that have gone public.

Take Poshmark Inc., which had an initial public offering in January 2021 and saw its valuation surge above $8 billion. On Monday, the company announced a deal to be acquired by South Korean internet giant Naver Corp. for $1.2 billion.

The proposed transaction may spark more deals. Valuations for online retailers have declined meaningfully, according to Ashley Helgans, an analyst for Jefferies. Resale is also still a fast-growing category and attractive in the long-term, she wrote in a research note. Shares of other secondhand sites surged Tuesday after news of the Poshmark deal.

To get in on the action, big brands are partnering with companies, including ThredUp Inc. and The RealReal Inc., to run their resale units. One of the draws is that reselling goods is often a high-margin business. It also helps lure new customers who might not be willing to pay full-price and gives companies a way to pitch sustainability. In many cases, shoppers trade in used branded items and receive credit toward a future purchase from that company.

“Given there’s a race to the bottom in fashion right now — loads of stuff gets sold on discount — margins are squeezed,” said Marilyn Martinez, project manager at the Ellen MacArthur Foundation’s fashion initiative. “Resale is an amazing solution to up your margins if it’s integrated in your business model.”

Low prices and the eco-friendly appeal of resale put it in a position to grow 16 times faster than the broader retail sector by 2026, according to calculations from Bloomberg Intelligence.

Trove Recommerce, founded by Andy Ruben, a former Walmart e-commerce executive, runs the back-end operations for customers such as Levi’s and Allbirds.

The company, along with competitors such Reflaunt, Recurate and Archive, is part of an increasingly crowded market that’s also likely to consolidate.

Ruben wants to eventually expand into categories such as home improvement, working with partners such as Home Depot and Lowe’s. There are already companies pushing into electronics, bicycles and music gear.

“If you believe that we will all shop this way, you have to invest in this now,” said Ruben, who compared waiting to enter the resale market to missing out on the e-commerce boom of the early 2000s.Saks Off 5th, the discount arm of Saks Fifth Avenue, is making a big push. It has three resale partnerships that allow the company to offer pre-owned handbags and apparel from brands it typically doesn’t carry, said Paige Thomas, chief executive officer of the Saks division.

Despite the bullishness, resale faces a big hurdle in the fourth quarter. Retailers across the board are stuck with excess inventory after misreading demand during the pandemic. That is likely to lead to lots of discounting, according to Anna Andreeva, managing director at Needham & Company.

More than two-thirds of consumers say a major reason they buy secondhand is to save money, according to survey data from Morning Consult.

Online resale also has a long way to go to match new items on convenience, according to Martinez of the Ellen MacArthur Foundation. At stores, you get an item immediately, while major full-price e-commerce sites have easier navigation and faster shipping times, she said.

“Resale is still not the norm,” Martinez said. “Not in the U.S., not in Europe, not anywhere just yet. To make it the norm, we need more of the bigger brands to jump into it as well.”