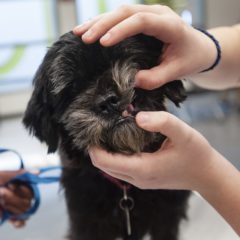 On a normal car ride, Grace the brown-white Chihuahua might have been happily “singing” along in traffic with her owner, Ellen Ross. But this wasn’t a normal ride. Ross, author of the lifestyle blog Ask Away, was driving her 9-year-old dog to the veterinary specialist’s office in September 2016 after noticing that even the slightest touch to her neck would cause her to yelp in pain — and cause Ross’ heart to shatter. She wanted... 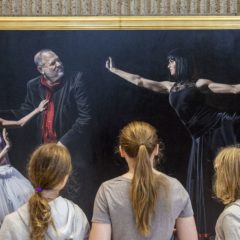 It’s become known as the Mike Pence rule, but some men see it as a way of protecting themselves from potential sexual harassment accusations. The vice president never eats alone with a woman other than his wife, according to a Washington Post article last year, and he won’t attend events featuring alcohol except in her company. “It was really unhelpful when he said that,” W. Brad Johnson, a psychology professor at the United States... 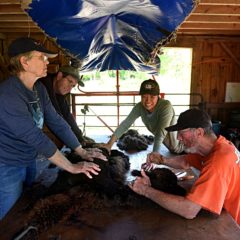 The Business of Agriculture: Female Farmers Lead the Way in New Hampshire

A young child wearing a pink dress, fairy wings attached to her back, watering seeds in the family greenhouse. That is Forrest Barker’s favorite photograph of herself. Now 23, she may not have the fairy wings, but Barker’s passion for the farmland on which she grew up has only swelled. She took that zeal to Cornell University to study agricultural sciences, and returned after graduation to the multiple-generation farm off Route 33 in...

It’s only fall, but the holiday hiring frenzy is in full swing. For proof, just walk through the mall: “We’re hiring and we’d love to meet you,” signs outside Pottery Barn and Pottery Barn Kids said on a recent weekday at Tysons Corner Center, a sprawling northern Virginia shopping mall just outside Washington. “Make our house your home,” offered White House Black Market. “Join our team of outsiders,” urged L.L. Bean. The clothing... 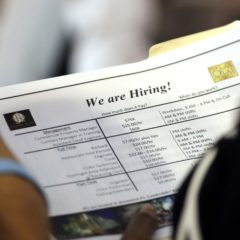 Are America’s employers at risk of running out of skilled people to hire? The U.S. economy has become a seemingly perpetual job-generating machine, having steadily added workers for nearly eight years. Even with the unemployment rate now at 3.7 percent — its lowest point since 1969 — hiring hasn’t stalled. So far this year, job agrowth has averaged a robust 208,000 a month, up from a pace of 182,000 for all of 2017. The trend has... 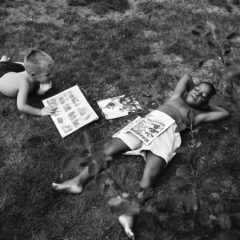 Old Business: Cool for the Summer

A look back at how residents enjoyed the area’s season offerings in the 1960s. 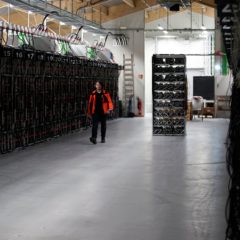 Who Needs the Bank? Digital Asset Cryptocurrency Is Creating a New Economic System

Bitcoin. Litecoin. Ethereum. All are cryptocurrency which have entered the lexicon of many since its 2008 inception. There is a cryptocurrency craze happening globally. People are using it as a currency held in digital wallets on mobile phones to pay for goods and services. Others are mining or using this electronic cash system as an investment to get rich quickly, in theory. This rage just reached the masses on the shores of the...

Providing An Outlet: A New (and Free) Chatbot May Help Employees Determine If They Were Harassed

An employee has an “inappropriate moment.” Maybe it was a misunderstanding. Or maybe it was worse: he or she was just subjected to harassment or discrimination. Getting the facts of what happened can be challenging. But it’s a problem that must be addressed. Workplace issues like harassment and discrimination are a hot topic for employers this year. Challenges, however, create opportunities for entrepreneurs — and a six-person... 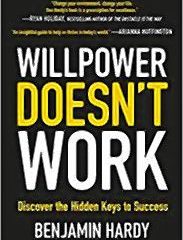 The Boss’s Bookshelf: The Top Five Business Books the CEO Can’t Put Down

Willpower Doesn’t Work: Discover the Keys to Success By Benjamin Hardy We rely on willpower to create change in our lives…but what if we’re thinking about it all wrong? In Willpower Doesn’t Work, Benjamin Hardy explains that willpower is nothing more than a dangerous fad-one that is bound to lead to failure. Instead of “white-knuckling” your way to change, you need to instead alter your surroundings to support your goals....