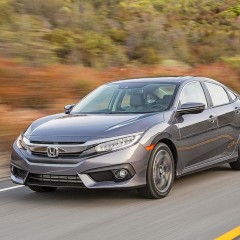 Everyone has a Honda Civic story. Since its arrival on U.S. shores in 1973, it has slowly established itself as a cultural touchstone, the car that everyone turns to the way those who came of age during the Age of Aquarius turned to the Volkswagen Beetle. OK, maybe the Civic never became a movie star like the Beetle did, and it never could claim to possess an iconic shape. Instead, it was a cultural shape-shifter, one that changed... 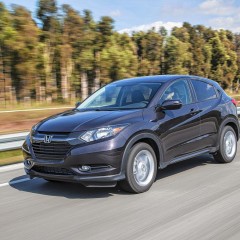 Lake Placid, n.y. — Rare is the vehicle that makes perfect sense. The 2016 Honda HR-V EX-L Navi with all-wheel drive is that rarity. It meets all criteria — pricing, perfect size for urban use, accommodating comfort for highway travel, flexible utility, advanced safety, good fuel economy, and more-than-adequate road performance for people not suffering from Walter Mitty racetrack fantasies. None of that means everyone will like it —... 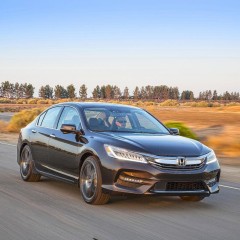 Leader of the Midsize Sedan Pack

If you want to stand out in the marketplace, take something ordinary, give it a twist and you’ll wind up with something perceived as quite different. For instance, if you renovated Kmart stores and stocked them with items that are stylish yet reasonably priced, you’d have Target. Or consider Mr. Coffee. Instead of making a large pot to be shared by everyone, filter your thinking though the selfish “me decade,” baby boomer cultural... 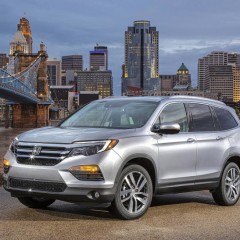 When the Japanese automaker last redesigned the Pilot in 2009, Honda designers gave the three-row crossover the look of a true SUV, with big, boxy proportions. While successful, the model lacked the conservative, sophisticated elegance that buyers had come to expect. This has been rectified with the release of the 2016 Honda Pilot. The Pilot is 3.5 inches longer than the previous Pilot, with 1.3 inches of that going to the cargo area....